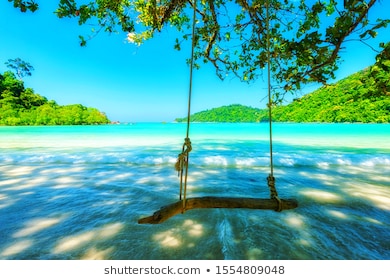 73:52″ Does each one of them want to receive the scripture personally?”

76:1″ Is it not a fact that there was a time when the human being was nothing to be mentioned?”

76:2″ We created the human from a liquid mixture, from two parents, in order to test him. Thus We made him a hearer and a seer ( and thinker)”

3:20″ If they argue with you, then say:” I have simply submitted myself (and I am loyal) to GOD, I and those who follow me ( in my submission and loyalty to GOD ALONE!)” You shall proclaim to those who received the scripture ( all the religions out there that follow a scripture!) as well as those who did not:” Would you submit ( and stay loyal to GOD ALONE!) ” If they submit, then they will be guided, but if they turn away ( stay divided, loyal to their idols) your sole mission is to deliver this message. GOD is seer of all people.”

3:23″ Have you noted those who were given the scripture and how they were invited to uphold this scripture of GOD and apply it to their own life, then some of them turn away in aversion.”

3:80″ Nor would HE (GOD) command you to idolize the Angels, the Messiah and prophets as lords! Would HE exhort you to disbelief ( and idol worship) after asking you to be submitters ( and totally loyal to HIM ALONE)?”

3:98″ Say:” O followers of the scripture, why do you reject these revelations of GOD, ( and follow made up rules, doctrines, books/words of men…)when GOD is witnessing everything you do.”

3:99″ Say:” O followers of the scripture, why do you repel from the path of GOD those who wish to believe ( submit and be loyal to GOD ALONE) and you seek to distort the true path ( by inventing intercessors, other authority beside GOD, monopolise the religion, mix your own tradition …) even though you are witnesses?” GOD is never unaware of anything you do.”

4:119″ Anyone who accepts anybody else as lord ,instead of GOD, has incurred a profound loss.”

4:163″ We have given you the same message ( submission and total loyalty to GOD ALONE) as We have given to Noah and all the prophets. It is the same message given to Abraham, Ismail, Isaac, Jacob, the Patriachs, Jesus, Job,  Aaron, Moses, David and Solomon( these are in no particular order, and lots of other prophets that have not been named) and all messengers of GOD. These prophets/messengers to deliver good news as well as warnings; Thus the people will have no excuse when they face GOD, after all these messengers have come to them. GOD is Almighty, Wise.”

( Why does GOD want your submission and loyalty?)

5:7″ Remember GOD s blessing upon you ( all you humans, you have been given this last chance to redeem yourself back to the kingdom of GOD) and HIS covenant that HE covenanted with you, ( prior to the creation of this physical world) you said then:” We hear and we obey” ( that we uphold the authority of GOD ALONE, we will not take on other gods/ idols) Observe GOD ( do not break your covenant, stay loyal to your Lord). GOD is fully aware of your innermost thought.”

5:19″ O people of the scripture ( and all the world!), our messenger ( the messenger of the covenant- Malachi, chapter3 and 3;81) has come to you, after a period of time without messengers ( 1400 years); To explain to you, lest you say:” We did not receive any preacher or warner.” GOD is omnipotent.”

5:69″ Surely those who ( truly) believe ( and stay loyal to GOD ALONE) whether they are Jewish, Converts, Christians ( Muslims or any other religion); Any of them who, believe in GOD, believe in the last day ( accountability)and lead a righteous life, will have nothing to fear nor will they grieve.”

5:76″ Say:” Would you worship (follow blindly) beside GOD powerless idols who can neither harm you nor benefit you? GOD is hearer, Omniscient.”

5:98″ Know that GOD is strict in enforcing retribution and that GOD is also forgiving Most Merciful.”

6:53″ GOD thus tests the people by each other, Some say ( mockingly!) :” Are these the people among us that are blessed by GOD?” Is GOD not aware of the appreciative ones?” ( Can you fool GOD?)

6:62″ Then everyone is returned to GOD, their rightful  Lord and Master. Absolutely, HE is the ultimate judge; HE is the Most accurate Reckoner.”

6:70″ You shall disregard those who take their religion in vain, they use it as if it is a social function.”

6:79″ I have devoted ( and will devote) myself absolutely to the one who initiated the heavens and the earth; I will never be an idol worshipper.”

6:81″ Why should I fear your idols? It is you who should fear ( GOD), since you worship (follow) instead of GOD idols that are utterly powerless to help you. Which side is more deserving of security?”

6;82″ Those who believe ( submit) and do not pollute their belief with idol worship (they stay loyal to GOD ALONE) have deserved the perfect security and they are truly guided.”